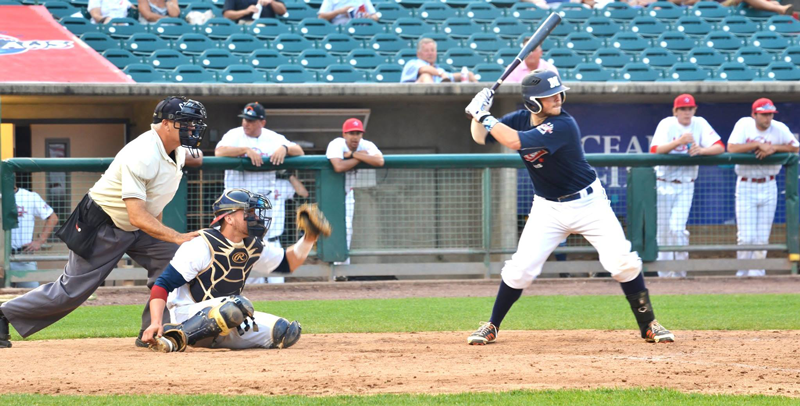 Named in honor of Capt. Iannelli, a former ABCCL All-Star player who was killed in action while serving in the United States Marine Corp in Afghanistan, the game will benefit the Play for James Foundation and Camp Quality for Kids with Cancer.

In addition to the exciting 9 inning contest between college league standouts from across the nation and a pre-game player showcase for Major League Baseball scouts, fans will be treated to a performance by New Jersey-based recording stars, Airacuda.

Admission is free of charge, although tax-deductible contributions to the ABCCL’s charitable partners are most welcome.

Plan on bringing the whole family to this unique event at one of the premier minor league baseball stadiums in the country. There are no seating restrictions, so you can get right into the action and up close and personal with some of the players who you may be seeing in “the bigs” in the not too distant future. Concessions will be open and the terrific live music will entertain fans throughout the evening.

The date again is July 14 at First Energy Park in Lakewood, NJ. Gates open at 4 PM. Come out early and see the talent showcase, which begins at 4:30 PM. Once the players go through their individual paces, the 9-inning All-Star Game will follow with the first pitch scheduled for 6:00 PM. We hope to see you there.